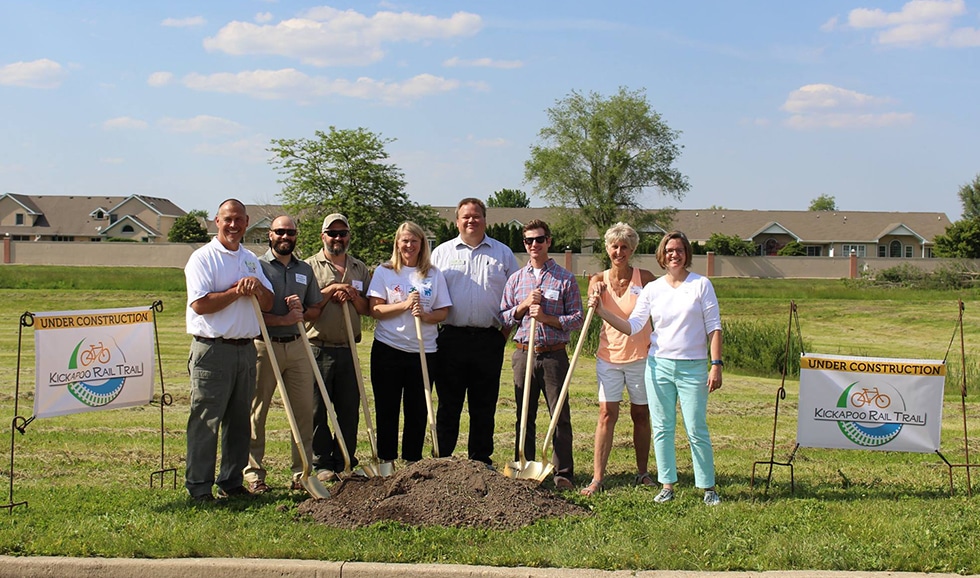 IDOT announced a $30.7 million investment to expand travel options and enhance the quality of life in communities throughout the state. 33 projects were approved through IDOT’s Illinois Transportation Enhancement Program (ITEP), including biking and walking paths, trails, streetscape beautification work and other projects to encourage safe travel across various modes of transportation at the local level.

“This program is one of the most popular at IDOT and highly competitive for a reason: It allows our partners in local government to put into action their plans for improving local transportation,” said Illinois Transportation Secretary Randy Blankenhorn. “We are proud to invest in these projects that allow our communities to showcase themselves as outstanding places to live, work and play.”

Made possible by federal funds, ITEP awards are focused on improving bike and pedestrian travel, as well as other surface transportation improvements that promote alternative options for travel. Ride Illinois has long advocated for increased transparency and process improvement to make sure Illinois uses all of its available money from this federal funding source.

“Each year, Ride Illinois joins others nationwide in Washington D.C. to support the federal transportation dollars that fund ITEP. Back home, we push for the most bicycling bang from these bucks,” said Ed Barsotti, Ride Illinois Chief Programs Officer. “We applaud IDOT for moving ITEP to a two-year cycle and for a timely announcement of grants emphasizing biking statewide.”

Among the ITEP awards, many will fund projects that Ride Illinois has influenced through local bike planning work. The Effingham project implements much of bikeway network that was recommended in Ride Illinois’ bike plan for the city. Similarly, the pedestrian/bicycle bridge spanning I-80 was a high priority in the bike plan we produced for Ottawa. Ride Illinois has also worked on bike plans for Carbondale, Urbana, Sangamon County, and Park Ridge, and we’re pleased to see ITEP funding support improvements in these areas. We are also happy to see funding for exciting projects like the Kickapoo Rail Trail (pictured above) and other bikeway and trail improvements throughout the state.

For this latest funding cycle, IDOT received 241 applications for projects worth an estimated $261.3 million. The complete list of the 33 awarded projects is below including the project sponsor, ITEP amount, and specific project work. The next round of ITEP awards will be in 2018. To be eligible, applicants must commit a local match of at least 20 percent to their project. Learn more about the Illinois Transportation Enhancement Program here.