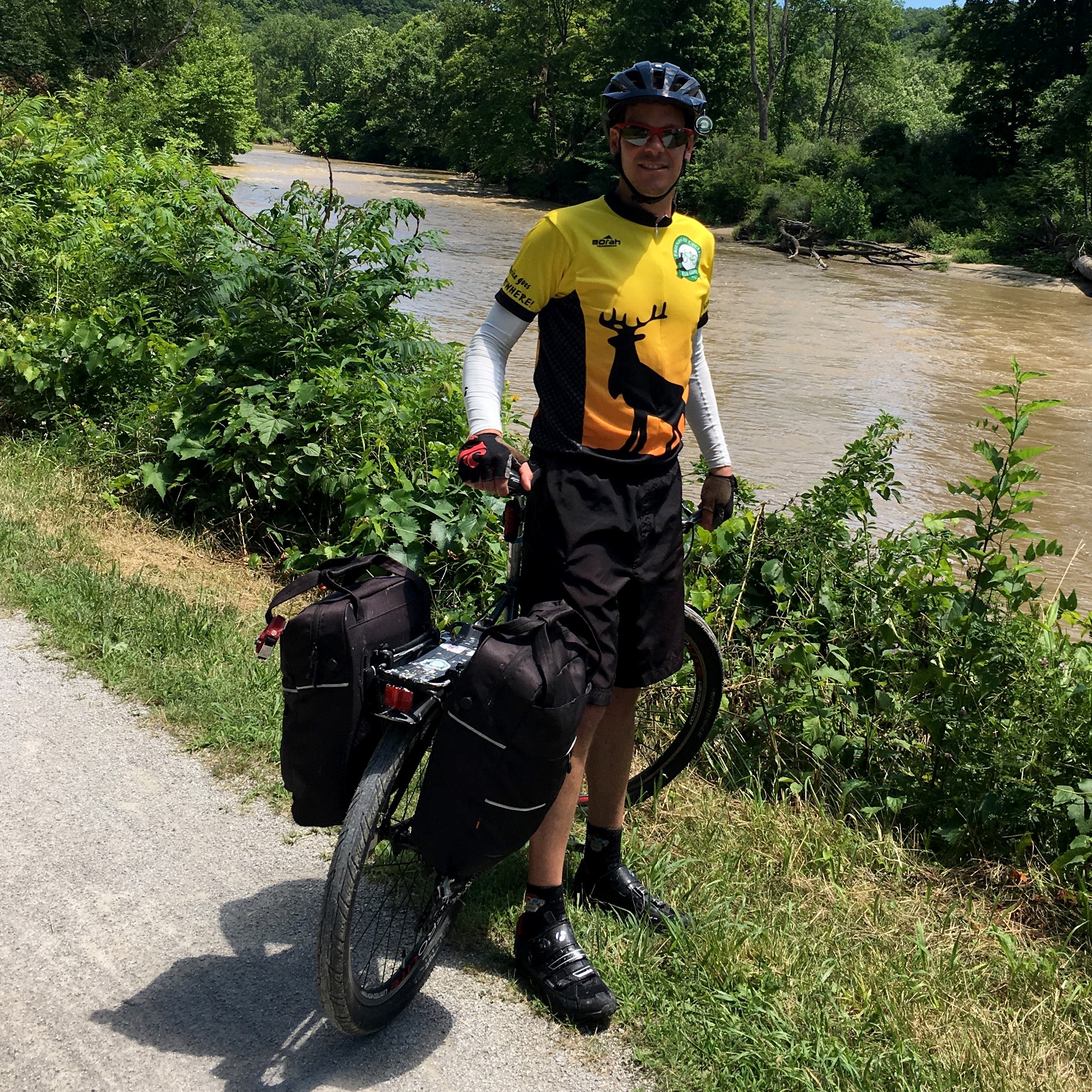 Ride Illinois is very excited to announce the hiring of Dave Simmons as our incoming executive director!

Dave Simmons, of Elk Grove Village, is no stranger to bike advocacy or Ride Illinois. He became a League Certified Instructor (LCI), through the League of American Bicyclists, a decade ago in 2009. As an LCI, he has taught dozens of Smart Cycling classes, in addition to introducing children and adults to the wonders of cycling by teaching them how to ride a bike.

Dave led the creation of the Friends of Cycling in Elk Grove Village and has served as the advocacy group’s president since 2012. The organization recently successfully hosted the fifth annual Busse Woods Night Ride, which it has hosted since 2015. The group has had more than 20 Bike Pit Stops at Busse Woods, hosted several Share the Trail events, and also worked with the Village and Park District on its local bicycle plan.

He has been a volunteer and member of several committees for the Active Transportation Alliance and was awarded the Advocate of the Year by them in 2016.

He is a long-time member of Ride Illinois and was one of our BikeSafetyQuiz.com ambassadors in 2015, promoting the safety resource to various audiences. Dave had been employed for more than a decade by HMH/Riverside Insights.

“Dave’s efforts, advocacy style, and passion to improve bicycling have impressed me for a long time,” Ride Illinois chief programs officer Ed Barsotti said. “I was elated when he applied and then was chosen to lead Ride Illinois into the future.”

Dave will begin his full-time work with Ride Illinois in early October and will assume the executive director position after a two-to-three month transitionary period. He joins communications and projects coordinator Gina Kenny, who coincidentally, became a LCI at the same seminar in 2009.

“I’m thrilled to join Ride Illinois as the organization’s next executive director in early October. Ride Illinois has a strong, long-standing reputation as a voice for cyclists in the state, with much credit going to Ed Barsotti and Gina Kenny for their collective efforts over the years,” Dave said. “I’m fortunate to have worked with so many strong bike advocates over the past decade, including Ed, who I’ve looked to for guidance many times over the years. My promise to Ride Illinois members (current and future) and supporters is that I will bring the same energy, dedication, and enthusiasm to statewide bicycle advocacy as I have in my local advocacy work.”

“Much has been accomplished during Ride Illinois’ nearly 30 years of existence, but we know that there is still work to do. I look forward to collaborating with cyclists of all ages and abilities across the state to make Illinois the envy of the nation in terms of safety, legislation, and road/trail conditions,” Dave added. “With the collective efforts of Ride Illinois staff and board, members, supporters, bike clubs, bike shops, elected officials, and other advocates, we can make this a reality. And I am excited to make many new bike friends along the way!”

Chief programs officer Ed Barsotti, who has been mostly the head of our organization for 18 years, will be semi-retiring in January and continuing project work at about 15 hours a week. “The Ride Illinois board is pleased to have Dave lead the organization,” said Dick Westfall, board president of Ride Illinois. “After a few years of staff transition and turnover, and facing Ed’s impending semi-retirement, our top priority was finding an executive director who is passionate about bicycling and improving biking conditions in Illinois. Dave exceeds our expectations.”