HomeNewsHB1784 Passes the House, On to the Senate! 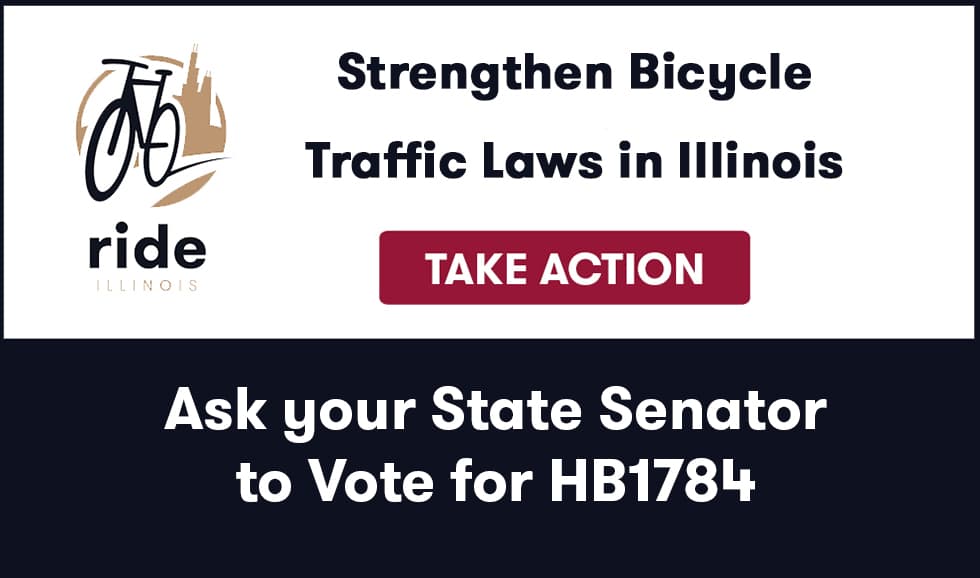 On April 5th, our bicycle bill HB1784 passed the Illinois House unanimously. Thank you to all of our members and supporters that spoke up and asked their state representatives to pass the bill in the House. Our next step is to get HB1784 passed in the Senate and we still need your help!

We’re pleased to announce that Senator Heather A. Steans (D – 7th Senate District), Senator Ira I. Silverstein (D – 8th District), Senator Dale Fowler (R – 59th District), and Senator Jim Oberweis (R – 25th District) are co-sponsoring HB1784 in the Senate. The bill will be heard and voted on this month, so we need your voices to be heard! Please take a couple of minutes to ask your State Senator to support HB1784 using our form below.

HB1784 will strengthen cyclists’ rights on the road by:

More details on the bill can be read here.

Enter your address in the form below to directly email your State Senator. You’ll be able to view and personalize the message that will be sent, asking for support of HB1784.