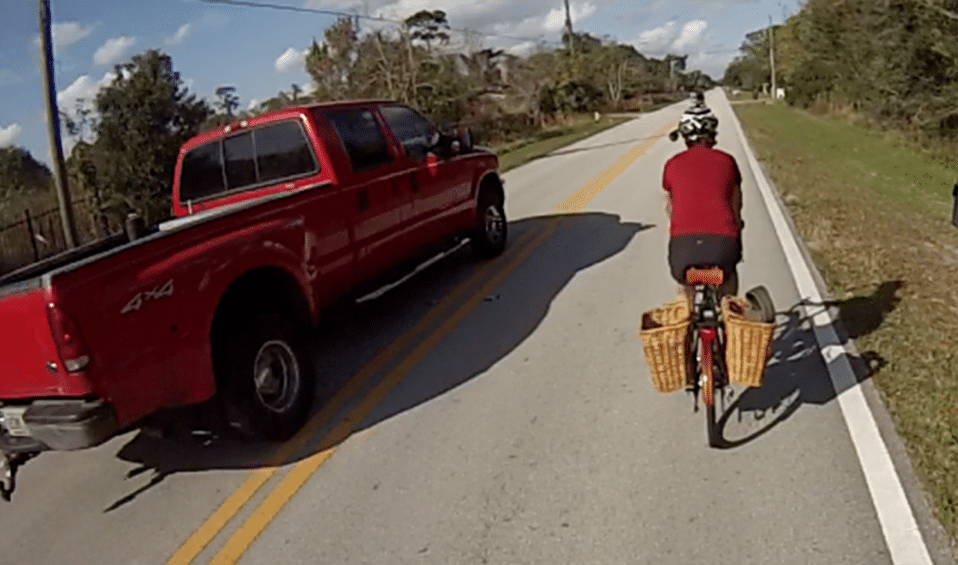 Legislation that Ride Illinois proposed and successfully lobbied for in 2017, are now in effect! Three new state laws that address common motorist and cyclist practices kicked in on January 1st. The new laws:

The most notable change in traffic law will allow drivers to pass bicycles in a no-passing zone in order to improve cyclist safety and traffic flow on the road. Long no-passing zones on two-lane roads commonly present a problem for drivers trying to legally pass a bicyclist. The travel lanes of most roads lack the width needed for drivers to safely and legally pass a cyclist with at least three feet of clearance (a state law) while staying within the lane.

In this common situation, most motorists do end up crosssing solid centerlines to pass cyclists anyway. However, some drivers choose to pass the cyclist too closely to obey the no-passing zone, and in doing so, illegally squeeze by within the same, too-narrow lane – a scary maneuver that sometimes leads to sideswipe crashes. For long no-passing zones, those drivers obeying both the no-passing zone and the three-feet passing law may not be able to pass a bicycle for a long time.

Under the new law, a motorist may overtake and pass to the left of a bicycle in a no-passing zone when: (1) the bicycle is traveling at a speed of less than half of the posted speed limit; (2) the driver is able to overtake and pass the bicycle without exceeding the posted speed limit; and (3) there is sufficient distance to the left of the centerline. The driver must also pass with at least three feet clearance of the bicycle – a distance mandated by state law.

The new legislation also legalizes bicycling on shoulders, a common safety practice of biking. Illinois law largely restricts vehicles driving on a shoulder, with some specified exceptions (e.g. farm tractors and equipment), and the new law adds bicycles to the list of exceptions. Having this legal clarity will benefit cyclists as well as road agencies desiring to sign or otherwise designate bicycle routes having paved shoulders. Bicycling on shoulders is not required, however, as there are situations for which cyclists should not ride on a shoulder.

The last provision of the new legislation will allow cyclists to use a rear, red tail light instead of (or in addition to) the currently required rear, red reflector when bicycling at night. Today’s improved bicycle light technology has much greater visibility than reflectors, and many bicyclists solely use rear lights already. Eight states and the City of Chicago already allow either a light or reflector in their vehicle code, and Illinois joined the group on January 1st.

Proposed by Ride Illinois and filed back in January 2017, the traffic bill HB1784 was sponsored and led through the General Assembly by State Representative Tim Butler of Springfield and State Senator Heather Steans of Chicago. The legislation unanimously passed both chambers in May, and was signed into law by the governor in September of last year.

Thank you to all of our members and supporters that spoke up and asked their state legislators to pass the bicycle traffic safety bill. As HB1784 made its way through the General Assembly, Ride Illinois put out a number of action alerts and you responded! Over the course of two months, approximately 1,400 letters were emailed to our state representatives and senators by our members and fellow Illinois cyclists. Your voice was integral to the successful passing of this new legislation!