Last month, Ride Illinois board members and staff led our state’s delegation to meet with Illinois’ Congressional offices as part of the National Bike Summit Lobby Day.
test
Our delegation of eight included staffers Ed Barsotti and Gina Kenny, board members Cynthia Hoyle and George Fero, as well as Bill Chalberg, Elizabeth Adamczyk (Ride of Silence), Joe Moses and Kevin Dekkinga (with the League of American Bicyclists/LAB). We had meetings with a total of 15 House of Representative and Senate offices.
test
Our asks – from LAB’s national agenda – were quite detailed, covering bike/ped improvements from highway safety funds, a bike commuter tax benefit, data access to help mainstream bikes in transportation planning, and – in the Senate for now – adjustments to improve the main federal funding source for trails and bikeways.
test
For House of Representative offices, we asked for support of:
We also asked for the representatives to join, or renew, as a member of the Congressional Bike Caucus.
test
For Senate offices, we asked for support of:

Additionally, we educated the offices on federally-funded bikeways and trails funding in their districts. You can view the list, for each IDOT district, of federally-funded bikeways and trails (as well as projects that were denied for 2018) here. It is interesting to see which projects have been funded throughout the state. There is sometimes the perception that all of the funding goes to the Chicagoland area; but, the numbers show more funded projects in the geographically-larger rural districts in the state. 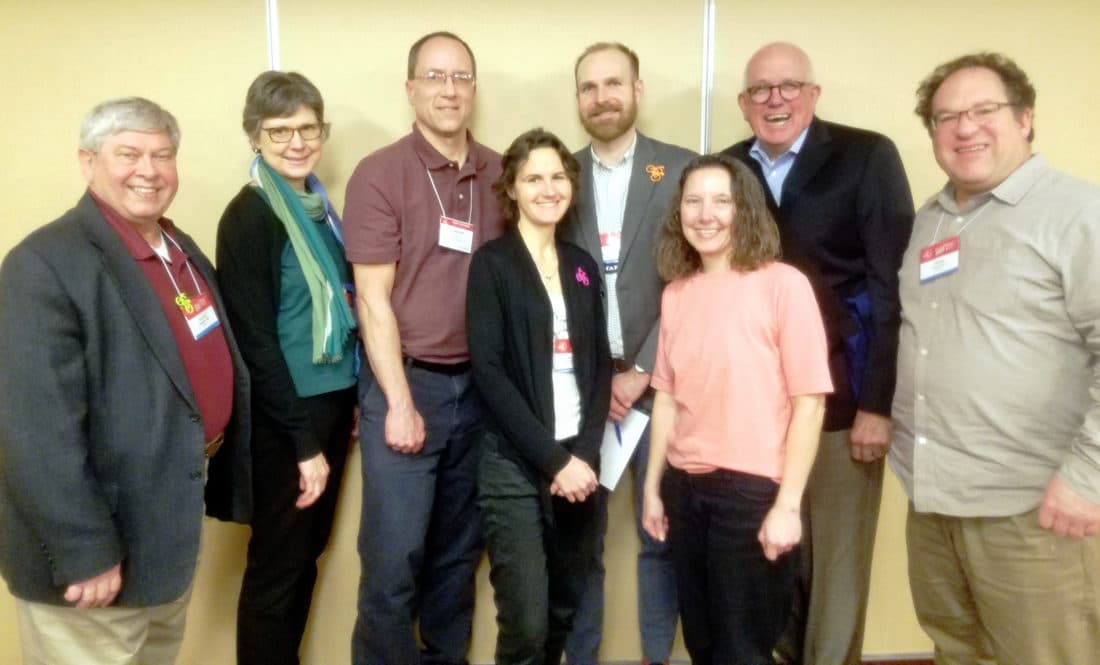