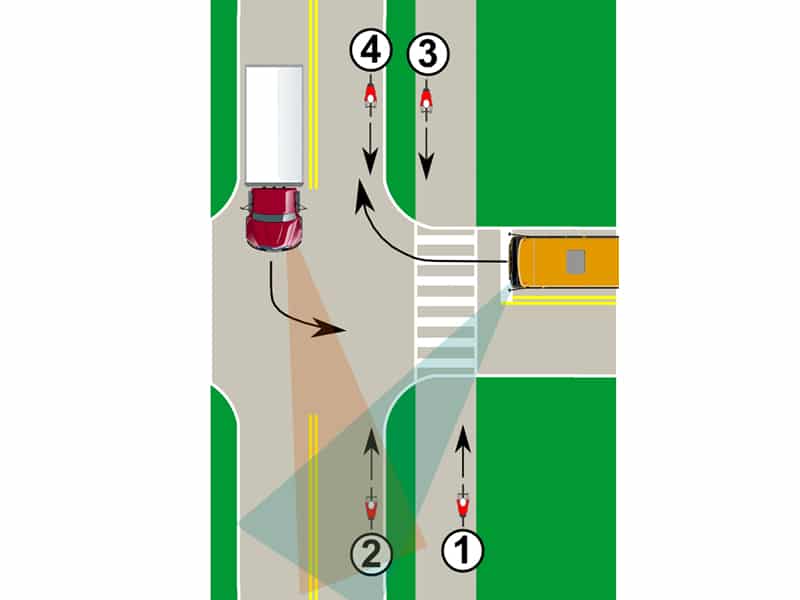 Ride Illinois is excited to announce that we have released an online resource teaching truck drivers how to be safer around bicycles. A new Truck Driver module has been added to the statewide organization’s popular BikeSafetyQuiz.com website.

Our BikeSafetyQuiz.com online lessons continue to be successfully used by cyclists, drivers, students, police departments and others to increase knowledge on bicycling safety and on driving in the presence of bikes. More than 75,000 people, since 2013, have participated in our easy-to-use resource that includes IL Secretary of State approved content and provides both cyclists and motorists with interactive instruction on relevant state laws and avoiding common car-bike crashes.

As with the other four modules serving various audiences, the Truck Driver module covers crash avoidance and relevant state laws. The module is also appropriate for drivers of busses and other large vehicles.

In addition, new questions, on how bicyclists can ride more safely around trucks and other large vehicles, have been added to the Adult Bicyclist module of BikeSafetyQuiz.com. The situations covered come directly from the five cyclist fatalities, involving trucks, in Chicago since 2016.

“Bicycle safety around trucks and buses has been a growing concern,” said Ed Barsotti, Chief Programs Officer of Ride Illinois. “We want to close a gap in education for people riding bicycles and driving trucks.”

Ride Illinois plans to spread the new BikeSafetyQuiz.com content to cyclists, motorists, and driver education programs, while specifically reaching out to companies with truck drivers.