HomeNewsadvocacyUpdating the Rules of the Road Manual 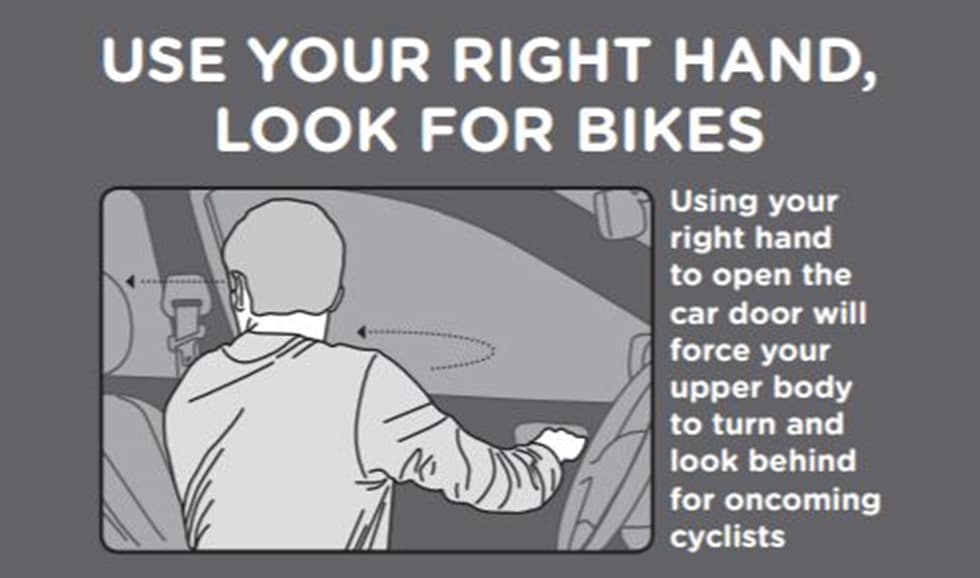 Updating the Rules of the Road Manual

Every Illinois motorist has seen Rules of the Road, an annual publication by the Secretary of State’s office (IL SOS). Having good content in this booklet – and in the driver’s exam – is critical for education on driving in the presence of bicycles.

Ride Illinois is working with Chicago Department of Transportation (CDOT) and ILSOS on expanding bicycling-related content for next year’s manual, after a Mount Prospect tragedy and an ensuing request by a legislator there led to the opportunity. Our recommendations have been received positively but must pass through an ILSOS review committee before getting cleared for print.

Both CDOT and Ride Illinois suggested content on the “Dutch Reach,” in which drivers in parked cars use their right hand (and passengers their left) to open their doors, forcing them to look back to help reduce “dooring” crashes with bicycles and other vehicles. You can watch a video demonstrating the dutch reach below. Both also recommended additional emphasis and clarification of the state’s three-foot passing law, which Ride Illinois initiated a decade ago.

CDOT added suggestions strengthening other bicycle and pedestrian language, making clear that parking in bike lanes is forbidden, and introducing new types of bikeway pavement markings and signs. Their efforts on the Rules of the Road manual come from a goal in the City of Chicago’s recent Vision Zero plan, which sets a goal of zero traffic fatalities.

In addition to changes to the driver’s manual, IL SOS is planning a major revision to Bicycle Rules of the Road. Besides kids, the new version adds parents and adult cyclists to its intended audience. Ride Illinois will be a resource to IL SOS on this project. Finally, we will review – and possibly add to – the bicycle-related questions in the pool of 400 questions used for the 28-question driver’s exam.

Ride Illinois will keep you updated on the Rules of the Road changes and other projects.